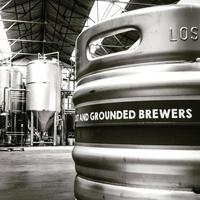 We’ve been fans of Alex’s beers for many years and are really excited to be working closely with the new brewery. In a departure from the usual hop-forward core range of British breweries, his range is led by a kellerpils – an unfiltered fruity lager invented by the brewmasters of southern Germany. This beer is backed up by a session strength farmhouse ale called Hop Hands, a heavily hopped stronger lager, an American-style red and a Belgian tripel.

Thanks to investment from the directors of the awesome Little Creatures brewery in Australia, where Alex comes from, he’s been able to set up an impressive modern brewery to make sure his beers are on point.

Cave Direct will be the south-west and London distributor of Lost and Grounded.
For some more details watch the video below, or speak to your rep!