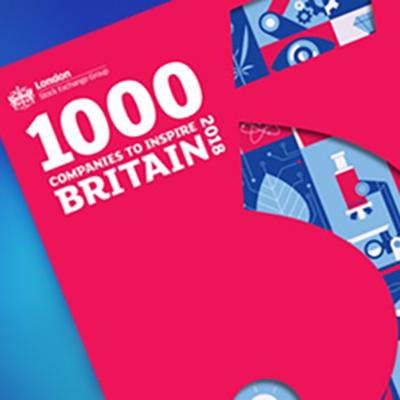 Cave Direct has been named in the London Stock Exchange's 1000 Businesses to Inspire Britain 2018.

The report is an annual celebration of some of the most dynamic small and medium-sized companies in the UK, and is forwarded by the Prime Minister as well a host of business experts from all sectors. Companies are shortlisted using Companies House data, then chosen by comparing them against other companies in their sector.

In the last few years Cave Direct has built up strong but sustainable growth by focusing on direct distribution, beer quality, education and brand building. In late 2017 we opened our Newcastle warehouse, fulfilling our ambitions to distribute direct throughout mainland UK. More recently we opened the Beer Merchants Tap, a pub and trade showroom in the heart of Hackney Wick, East London.

All three of our core brewery brands – Kona Brewing Company, Paulaner and Lervig – grew by over 25% in 2017 against the market trend for imported beer. The rest of the portfolio, which includes brands like Delirium from Belgium who we have worked with for over 30 years, also showed strong volume growth.

Managing Director Colin Gilhespy says: “Being listed by the LSE Group was a real honour for us. We’ve been supporting other small businesses and championing quality beer for nearly forty years, so it’s brilliant to get recognition and to see beer companies among the fastest growing in the country. There are lots of challenges to face in the next few years, but we’re confident we can meet them head on and help keep this amazing industry growing.”

Cave Direct was founded in 1979 by Colin’s father who, rather than retire, fulfilled his ambition to source wine and beer to sell to his friends. Having a Belgian wife, who also doubled up as driver's mate and accountant, lead him to discover the myriad beer styles and breweries the country had to offer. Today Cave Direct import and directly distribute over 100 brands from around the world, from historic breweries such as Westmalle and Paulaner to modern craft breweries like Lervig and Kona.