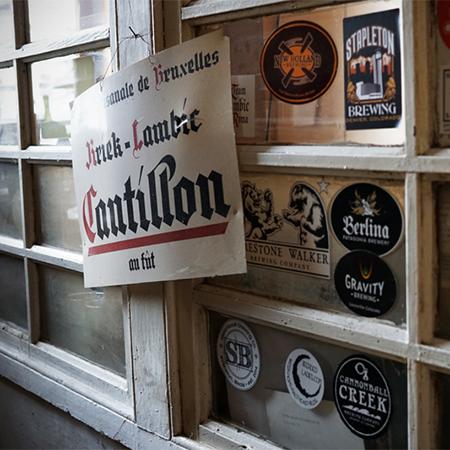 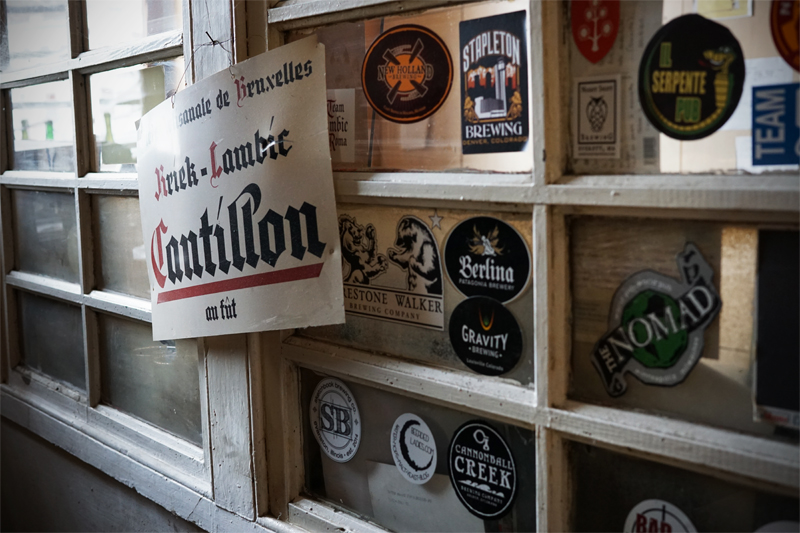 The world of Belgian beer is dizzying. This tiny country of just over 11.2m people is home to around 300 breweries and arguably the most diverse range of beers seen anywhere in the world.

If you’re a pub, restaurant or bar hoping to stock Belgian beer, working out what to buy can be a bit daunting. There are thousands of different beers being made each year, and they vary wildly in style, volume, strength, flavour and quality. At Cave Direct we only work with the country’s most exciting breweries, and in doing so work with some of the world’s best. You’re only able to buy great beer from our portfolio, and we can help guide you through our 300 or so Belgian beers. We’ve been importing Belgian beer since 1979 so if you’re looking for experts, look no further.

This is our guide to the most important styles in Belgian brewing, with a helpful list of some of our favourite examples. It’s designed to give you the knowledge to balance your beer list correctly – to make sure you have a great range of ABV, colour and flavour, as well as the right beers to go with the food offering or seasonality of your premises.

If you’ve got any questions about the information given below, just give us a call on 01622 710339, email info@cavedirect.com or drop us a tweet using @cavedirect.

Abbey beers are a particular set of beer styles that originated in monastery breweries of Belgium over the last few centuries. In 1997 the Trappist label was invented to differentiate beers still brewed by monks in monasteries from more commercial concerns, or beers simply inspired by the monastic recipes. We’’l explain more about that later.

This clear, deep golden beer is perhaps the most famous of all Belgian beers. Made using a special Belgian yeast, it combines flavours and aromas of banana and spice with a slight caramel sweetness from the malt. It’s usually well hopped to give it plenty of bitterness on the backend so it’s quaffable.

This dark-red beer uses a similar yeast profile to blondes, but contains lots of darker malts to add plum, fig and even slight coffee notes to the beer. It usually has a little bit of port-like booze to it too, making it rich and decadent like a stout. 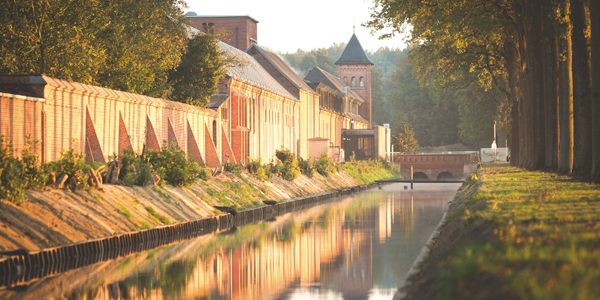 Tripels are exceptionally flavourful beers, hitting every part of your palate. On the nose they have lots of delicious soft fruits, as well as a breadiness and usually assertive herbality too. On the palate they start smooth and bittersweet before drying to a clean, champagne like finish.

Quadruple is a dark, strong beer that has aromas of port, sherry, fig, plum, banana, coffee and liquorice. As you can tell they are complex beers and, with some notable exceptions, some of the strongest beers made in Belgium. Like fine red wines they age very well, gaining more of that sherry tone while the alcohol dissipates.

Trappist beers are almost all Abbey-style beers that have been given a special badge of honour for still being made under the guidance of monks, within the walls of the monastery and the proceeds going towards charitable causes. There are now 11 Trappist breweries around the world, but the six Belgian ones are: Westmalle, Orval, Rochefort, Chimay, Achel and Westvleteren. Only Orval brews a beer that isn’t easily definable as an Abbey beer – instead they make a hoppy, orange-hued pale ale bottle fermented with Brettanomyces, a yeast that adds a pithy, cider-like funk to the beer.

There are many different kinds of sour beer made in Belgium – it is less a style and more a tasting note. They can vary from the subtly tart blonde Oerbier, made by the amazing De Dolle, to Flanders red beers that have as much in common with red wine and cider as they do with beer. Belgians also like to lightly sour some of their pale ales to add a lemon-like tartness to their hoppier, light beer.

Most beer is made by brewing sugary liquid, boiling it withhops, then manually adding a strain of yeast. With a lambic, instead of adding yeast by hand, the brewer fills a swimming pool on the brewery roof with the wort and leaves it to cool overnight. In doing so the beers get infected with the natural yeast and bacteria in the air. This slow-fermenting yeast is then left to do its work in oak barrels for up to three years, after which is it blended with fruits and lambic of different ages to create different beers.

Geuze (sometimes spelled Gueuze) is a straight blend of different ages of lambic. Usually it’s a mix of one, two and three-year-old beer but any combination can still be a geuze. It has an aroma much like dry cider, with lots of barnyard-like notes and soft fruits, as well as some white-wine aromas. If the label doesn’t call the beer “Oude” Geuze it may have been sweetened.

Kriek is the most common fruit variation of lambic, made by ageing the beer over cherries to add a deep, rich fruitiness and sometimes a perceived marzipan element to the beer.

Almost as popular as the kriek, framboise is made with rasberries which is an obvious addition to the fresh, tart beer. It adds lots of sweetness to the aroma but keeps the flavour sour and cleansing.

There are lots more fruits and herbs that can be added to lambics to bring out new flavours and enhance others. Lindemans have made one with basil and another with elderflower, while Cantillon are famous for their use of red and white grapes in their lambics. 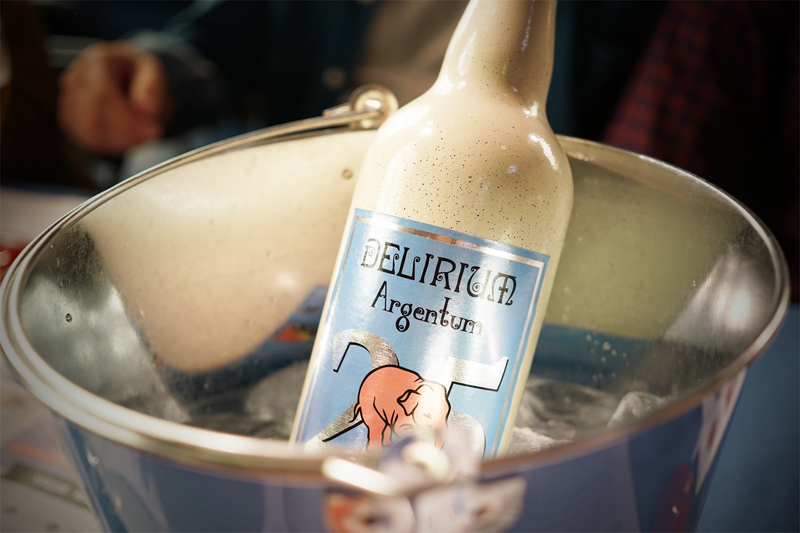 Outside of the blond ale, Belgian strongs are probably what most people think of when they imagine a Belgian beer. Around 7% to 9% with lots of fruity yeast characteristics but a strong, bitter finish – somewhere between a blond and a tripel. Some of Belgium’s most famous beers fall into this delicious, dangerously drinkable category.

Wit beer originated from one brewery’s attempt to recreate the Bavarian wheat beer with Belgian yeast. The result was a way off, but the addition of citrus peel and coriander to the brew made it a new, unique style that gained global fame through the Hoegaarden brand. Since then though, many much better wits have been produced by smaller, artisan producers.

This amber beer is as close to a session beer style as the Belgians get. Hovering around the 5.5% mark, they balance a soft sweet caramel malt body with a little hoppiness and a touch of that trademark Belgian yeast fruitiness. Overall though they are light and extremely drinkable.

Along with lambics, these beers are pretty much unique to Belgium. Although different versions of this style are brewed all over the world, few are as good as the originals. First brewed on farms as a beer for the seasonal workers (called “Saisonaires”), it is made in the winter months and cold stored until the summer giving the yeast plenty of time to eat up all the sugars and kick out lots of spicy, fruity aromas. The result is a dry, spicy beer with everything from green apple to cinnamon on the nose and palate.

Belgium is one of the most historic brewing nations, with some breweries that date back hundreds of years. Drinkers there have strict notions of how beer should be made and how it should taste, much like CAMRA members here in the UK. That said though, inspired by the USA and UK’s craft beer revolutions, there are many new, forward-thinking breweries popping up all over the country. This started with the idiosyncratic De Dolle brewery, who made funky, open-fermented versions of traditional Belgian beers. Since then, hop lovers such as De La Senne, Vezet and Siphon have opened up, bringing in American hops and techniques to enrich an already wealthy brewing scene.