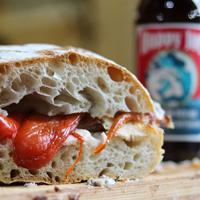 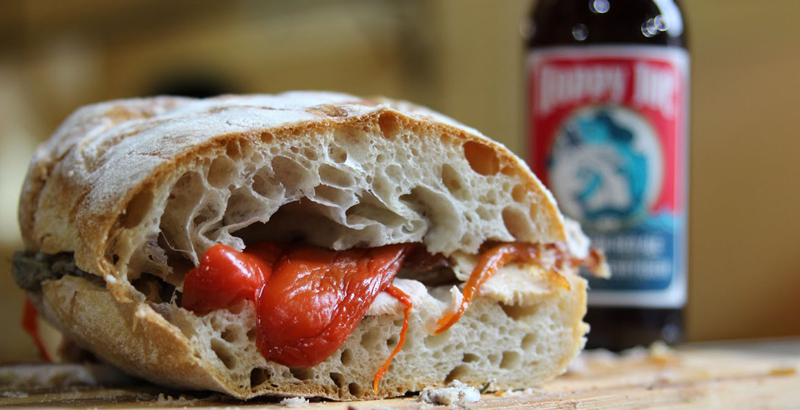 We sell to a lot of pubs, and we've seen some fantastic beer menus, matches that sound so perfect and delicious that we've gone back outside of work to give them a go. Anyone that puts Saison with mussels, smoked porter with steak or Rochefort 10 with cheese is going to win over more customers than they expect.

We've seen some very half-hearted attempts at beer and food matching, but the biggest mistake people make is not doing any at all. Given that the majority of alcohol served in pubs in the UK is beer, it’s crazy that most pubs and bars put so much focus on wine while completely ignoring the brews that make most of their volume.

Beer is actually a better partner for food. Not only is it easier to offer a beer flight than a wine one, where you have to open endless bottles, beer is easier to work with too. Its wildy varying forms make finding a match significantly easier; the lower alcohol means it doesn’t dominate subtler flavours; its carbonation means it can clean the palate much easier; and the sheer variation both within each beer and throughout all the beers styles means that its much more versatile. For example, the roastiness of a stout could be fantastic with bitter dark chocolate, but also a wonderful counterpoint for some sweet, hot pepperoni. The hoppiness of an IPA is amazing with barbecue food, but the subtle spices also amp up the aromatics in carrot cake.

But we’re getting ahead of ourselves. Matching great beer with great food is both an art and a science, which means there are lots of golden rules to stick to and lots of rules you can break too. The key thing to remember is that you can both compare and contrast – sometimes you look for things that the beer and the food share, but other times you should look for ways that they contrast. With those two simple notions in place, the direction you can take them knows no bounds.

Here are our tips to get the most out of both your food and beer.

Match or contrast colour
People often eat with their eyes first, and that’s a pretty good way to start with a beer match. This is because the colour will often indicate the processes both the food and beer have been through – a stout or porter with lots of roasted malts will likely go well with a well-charred steak, while hazy yellow Belgian tripels are delicious with white chocolate. Another great match is a red ale with pizza, the sweeter malts match the rich tomato sauce, but the breadiness still matches the dough.

So far, so predictable. But you can also contrast colours to heighten certain elements. Bright red cherry beers will bring out the saltiness in goat’s cheese, golden IPAs with barbecued meat and roasted veg, an imperial stout with vanilla ice cream. Finding points of difference can coat the whole palate with flavour, catering to all the sensors on the tongue.

Think of the beer as an additional ingredient
If you've got a crispy-skinned roast chicken, maybe a saison would work thanks to all the spicy notes in the yeast. It would cut through the meat and add to any herbs or lemon you used while cooking.

If you’re having a brownie for dessert, perhaps a raisin-y Belgian dubbel would add some fruity sweetness to the chocolate, or a coffee stout could add some bitterness. If it’s in the recipe or could be, then there might be a match to be had.

Treat hops with respect
We love hops, probably too much. But when it comes to hops and food you have to be careful. Big, bitter beers that are loaded with fruity flavours can be a little overpowering. The aromas are also very complex, and you don’t want to miss out on all the fun by putting it with something distracting. That said, IPAs and their close relatives are part of some brilliant matches. Try carrot cake and a crystal-malt-based IPA, or west coast IPA with pulled pork.

Don’t forget puddings
Beer and pudding might not be the most obvious pairing, but there are lots of sweet beers that can stand up to a sugary end to the meal. In particular you need to look to the Belgians. Their dubbels and quads are born to go with chocolate, toffee and dark fruit puddings.

Imperial stouts can also make great partners with rich puddings, but don’t forget the sours. Not only is a Kriek perfect with dark chocolate, but a Berlinerweiss can be delicious with fruit salads and even creamy desserts to cut right through.