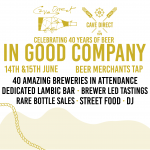 You might have heard already but in just under a month we will be throwing one almighty party at The Beer Merchants Tap, in Hackney Wick.

The Tap, alongside BeerMerchants.com, is part of Cave Direct - one of the UK’s most established specialist importers & distributors of great beer. Cave was started in 1979, by Brian Gilhespy and his Belgian wife Alice, who opened their first bottle shop in 1984 with great brands such as Liefmans, Orval, Cantillon, Rochefort & De Dolle all featuring on the shelves.  Fast forward to 2019, Cave is run by Brian’s children Colin & Lou, and we’re ready to celebrate 40 years of Cave alongside 40 of our partner breweries, our trade partners and of course the beer-loving public (that’s you!). 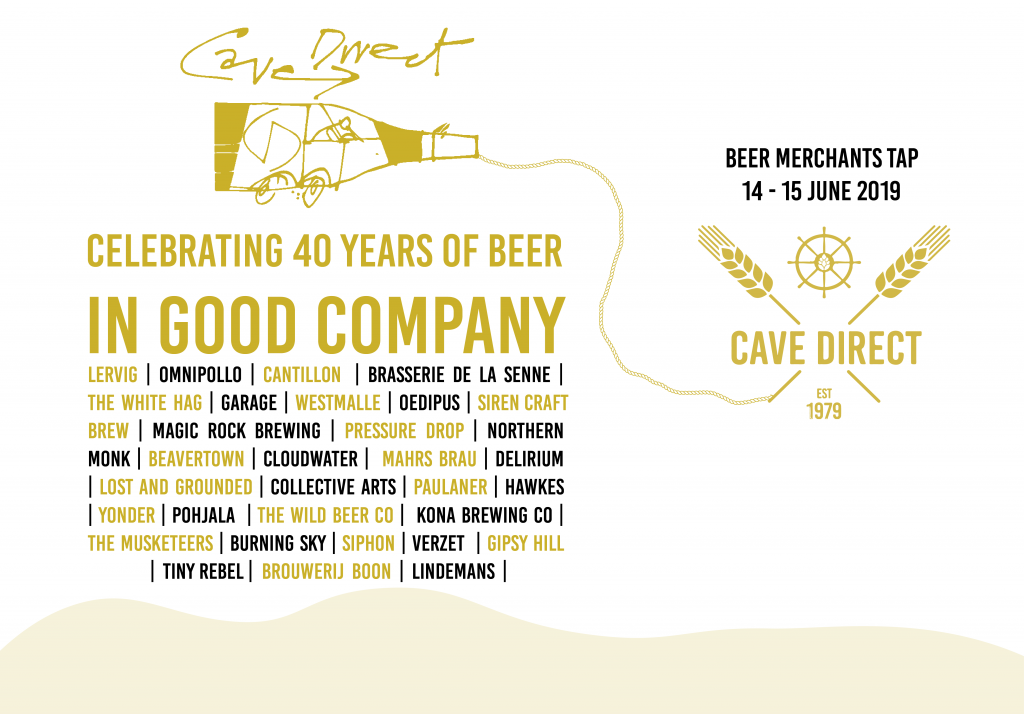 We’re calling the event “In Good Company”, because, well, that’s what we are going to be. If you haven’t got your tickets yet don’t worry, we still have some left for each session. The public events will take place on Friday 14th June (6-11pm) and Saturday 15th (12-5pm / 6-11pm). We’re also adding in some very special tastings during each session that you can reserve with your ticket (more info on that below).

So, what can you expect from “In Good Company” I hear you say?! Well, I’m glad you asked because we’ve been toiling away here at CD/BM HQ for a good few months organising what we think will be a truly amazing addition to the UK beer scene. We’re transforming the Tap, as well as the adjacent warehouse that we’re borrowing, into a proper full on beer festival for the weekend, with three different rooms, Brewer led tastings, very special beers. You might even be lucky to catch a few of the brewers hanging out. It’s pretty much going to be the world’s biggest Tap Takeover / Meet The Brewer, and with some very special brewers.

First off, we’re turning our Blendery room into a dedicated Lambic Bar! And not only will we have kegs from Cantillon, Boon, Lindemanns, Oud Beersel & Tilquin but we are going to be joined by none other than Jean Van Roy of Cantillon, Karol Boon & Dirk Lindemanns themselves! These Belgian masters will be pouring their own beers for the first time ever in the UK, and the beer list is looking pretty damn special. 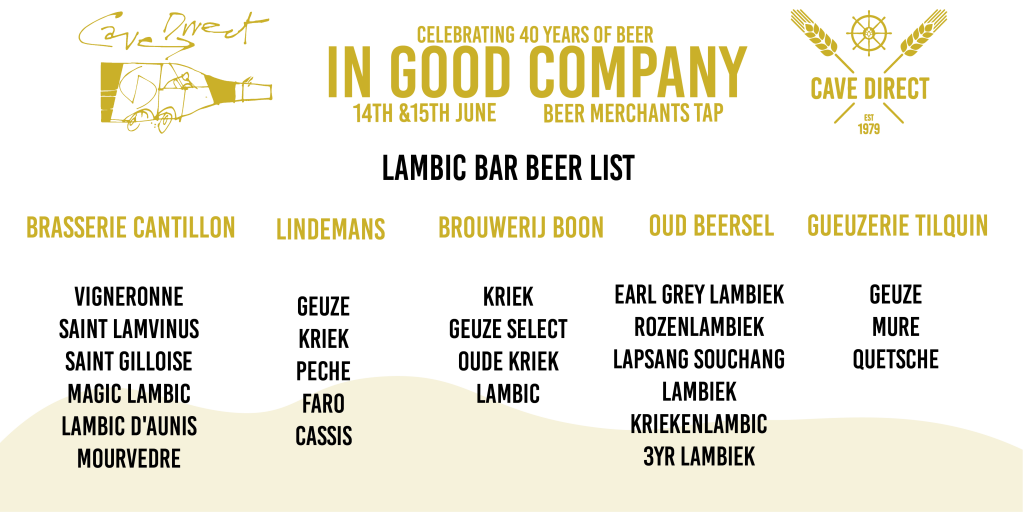 As mentioned above we’re going to be holding Brewer Led tastings during each session, where we will taste four beers alongside some of the world’s finest brewers & blenders. We’re very excited to announce that the first tasting will be with Cantillon’s Jean Van Roy himself! 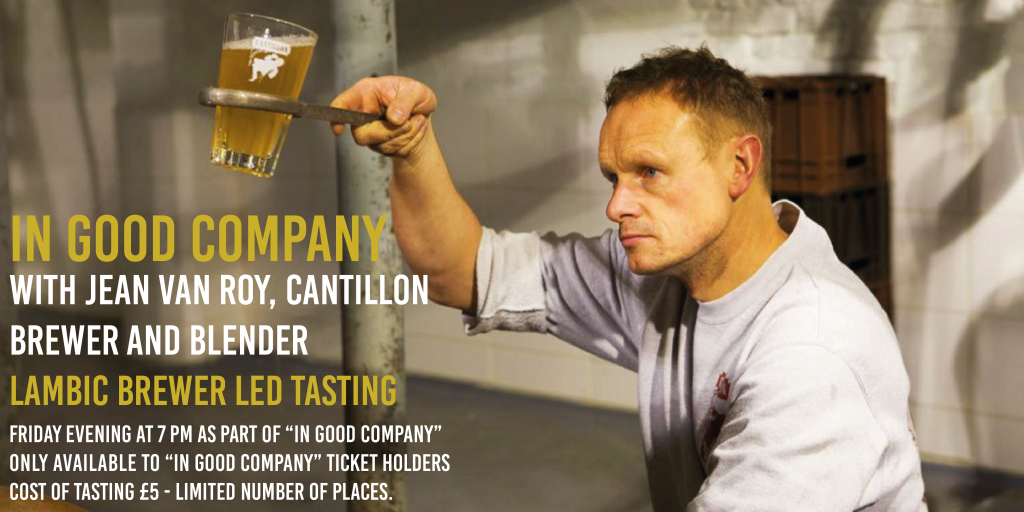 We’re going to be continuing on in the same vein with tastings from Lervig, Burning Sky, Siphon, Northern Monk & Wild Beer Co. 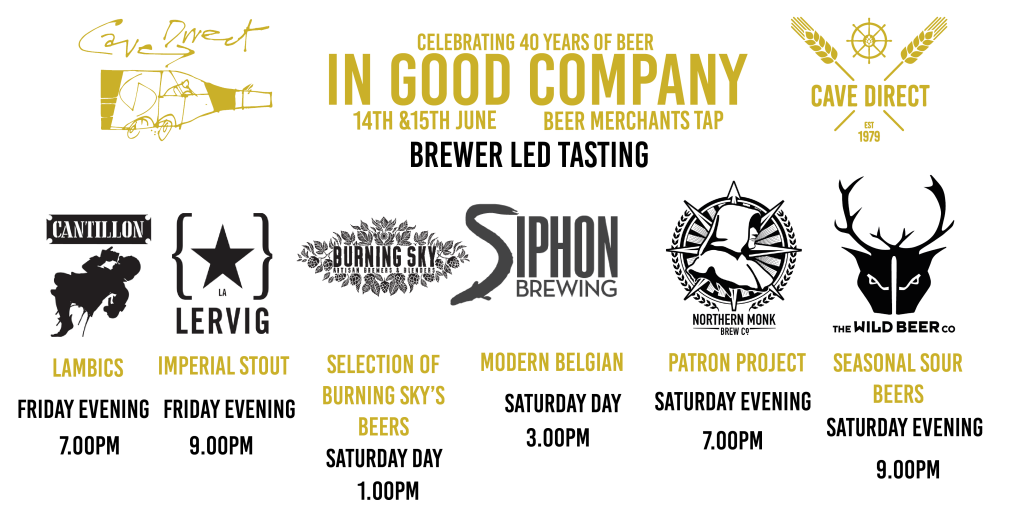 If you’re wondering how beer payment at the event will be structured, then let me put you at ease. We decided to go for a low-cost entry ticket to ensure the event was inviting to beer fans of all levels. You can drink as much or as little as you desire during your session!

Tickets for one Session are £15 and include your first two tokens and a limited-edition glass. Further tokens can be bought for £2.50 each. At the moment there are still tickets for each session available.

Get yours right here - http://bit.ly/InGoodCompany19

We hope you are as excited as we are about this party! We've even got ourselves a giant floating pink elephant specifically for the occasion...