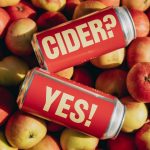 Here at Cave Direct, we are always scouting for the latest and best breweries. For 2022, we have looked to some of the amazing emerging brands in the bigger circle of the world of Cider. For some, nothing beats a crisp cold cider in the hazy sun, so with this, we have listed some of the best emerging talents in the cider world on our new price list. 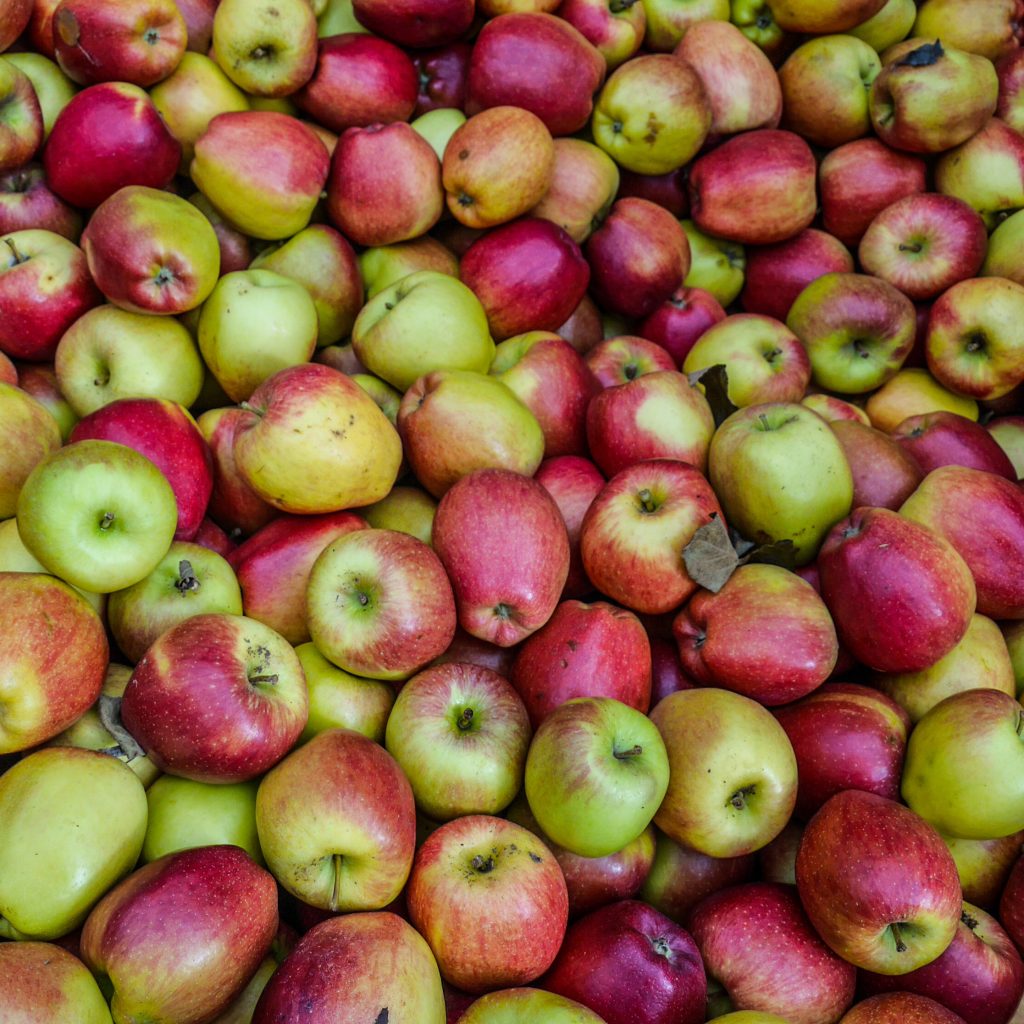 Ascension Cider Co is owned and run by Matt Billing, a third-generation Hot Air Balloon pilot with a passion for cider, (well that now explains the excellent logo.) The brands cuckoo brewing first took to creating some excellent cider in 2017, now they have set up digs in an old apple store, which cannot be more of a perfect setting for inspiration.

It is situated on an Orchard in East Sussex, where over 20 varieties of apples are grown. Over three 7,000 litre tanks are filled and emptied throughout the year with a variety of apples. Big believers in waste not- want not, they utilise apples that have been dismissed by supermarkets for not being up to standard or to the guys over at ascension: ’pretty enough.’

They also don’t use any added sugars or acids and allow the product to speak for itself, meaning though their ciders may change in taste from blend to blend. They certainly do not see this as an issue, and nor do we! They state: ‘This allows a wonderful reflection of each season.’ In their own words: “We love the alchemy that cider making brings, and love to experiment, be it infusing different fruits or herbs, steeping spices, or using different strains of yeasts and bacteria. We’re always trialling new methods, infusions and techniques. 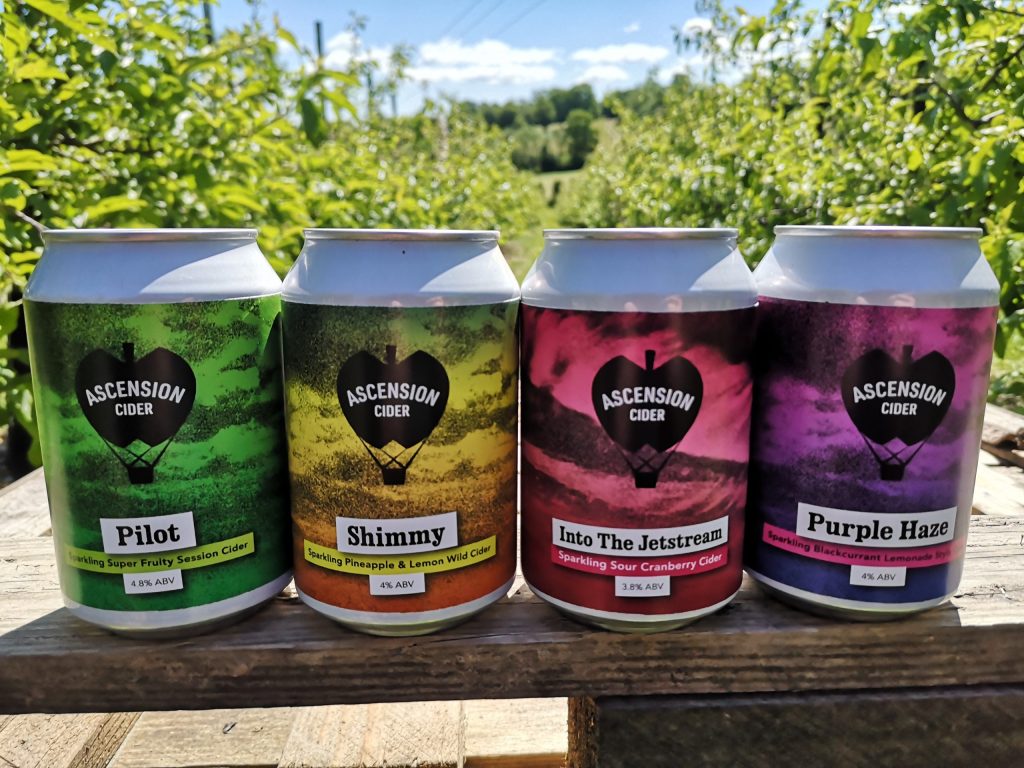 Made from fruit grown on their family farm and hand-picked, in its prime, from their own orchards. Their family has been fruit farming in Kent for 70 years and three generations, so they know a thing or two about fruit. As it turns out, they make excellent cider.

They’ve been making small-batch craft cider since 2009, keeping the process as natural as possible at every stage—their ciders and perries are made from 100% fruit juice and all are gluten-free and vegan. The father and son outfit also run a small little farm shop again, community-driven, the farm shop sells produce grown on the farm including their own apples, pears, ciders and juices, as well as the best carefully sourced local Kent produce.

Nothing more needs to be said really, this is a company that has a vast history of making the best ciders and knowing their product literally from the soil to the store, if it’s not broke don’t fix it, Nightingale Cider will continue making some of the best cider out there, and we will make sure you get to taste it. 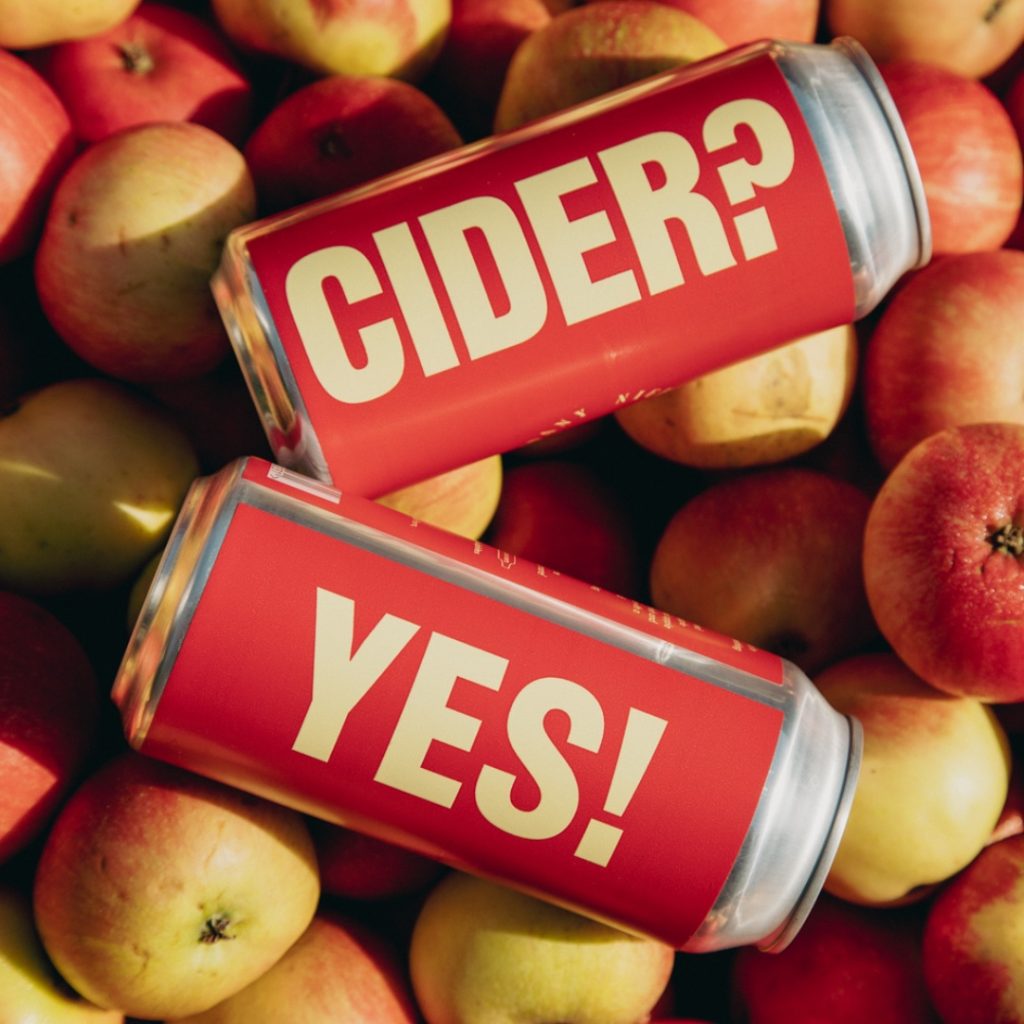 Another excellent brand in the world of cider we have got on board is Pulpt. Pulpt started off with the melding of two minds in the corporate world, they could not see an end and wanted out. Over lunch they decided how they would escape, they both held a love for cider and thought they could do something great. So, they did. As they state: “We set about creating real cider for a new generation of drinkers that give a shit.”

This is a modern independent craft cider-maker that promises the best cidermaking techniques, look forward to using modern equipment and has a flair for experimenting. They hold four core values in the company, which again lets you know you are in for a treat with their cider and the modern market is in the right hands. These values are: No Bull, reinvention, fearless and quality.

Jim their co-founder seems to sum it up best: “We want to bring cider back to the table. Let us be honest about what goes in too many mass-produced ciders. Pulpt makes real cider -no colouring, artificial flavourings, concentrate. Just pure cider from British apples.” 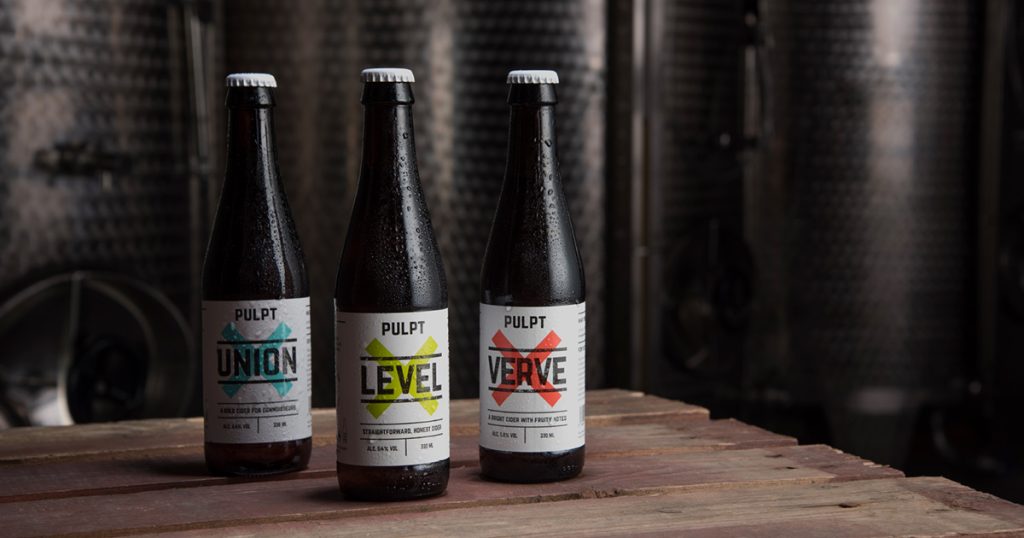 We here at Cave Direct could not be happier with the latest additions to the cider market on our already impressive list and we look forward to seeing where these exciting companies take the ever-growing world of cider.