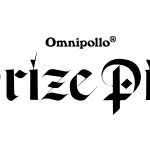 We aim to launch Prize Pils in June and it will be available on our core list. We're looking for venues that would like to be part of the launch events around the country, who would stock this product and if anyone would need more details. Please fill the form out from the button below.

Over the course of three years, we have been privileged to pilgrimage to Bavaria to drink lager beer, to select hops in the Hallertau region, to brew lager beer and to source the best lager brewing equipment on the planet for our church brewery in Stockholm, Sweden. During our travels to this cradle of lager, an idea was born- an idea that is finally coming to fruition.

An all-Bavarian lager brewed to the highest standard, balancing the supreme drinkability of a Relles with the floral flirt of a pilsner. Prize Pils is brewed at Camba brewery in the heart of Bavaria and calls for an all-German ingredient list with 100% German pilsner malt and Bavarian grown hops (Tettnanger and Hallertauer Tradition). Fermented ultra-cold and slow with healthy yeast from the oldest commercial brewer on earth, Weihenstephan, Prize Pils is then lagered as close to 0 degrees as possible.

We aim to launch Prize Pils in June and it will be available on our core list. If your venue would like to be part of the launch events around the country or would like more details, please fill this form out.

Permanent customers will receive a starter pack consisting of Omnipollo tap handles, exclusive Omnipollo beer mats, Omnipollo victory flag, t-shirts and will be entered into a competition to win a trip to the brewery to make a beer with the team. Permanent Prize Pils customers will also get access to exclusive limited omnipollo specials and monthly updates into the world of Omnipollo.

Accounts that sign up to six-month trading of Prize Pils in keg or case will be entered into a competition to win a trip to the Stockholm church brewery and brew a beer with Omnipollo.

The biggest on and off trade customer over the course of the six months each get two places on the trip.
The trip includes a two days one night stay in Stockholm with one day of brewing and one day in the Omnipollo bars.