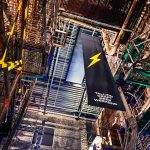 The long dark night, or as it’s natively called Pime Öö, is what we’ve come to expect in Estonia. Long hours of darkness ensue during the coldest part of the year. It’s safe to assume there is a strong link between this country, the dark, winter months and their love for dark, robust Baltic Porters.

Here we were in the early hours at Heathrow Airport, meeting up with the winners of our first Põhjala Ambassador’s competition, Lawrence from Beer + Burger Store and Will from Fuggles Beer Café. #LuckyLawrence #JammyWill as they were known.

They were representing the top sellers of On and Off Trade respectively and were the lucky team members that won a trip to join us and visit Tallinn for Põhjala’s annual beer festival, Tallinn Craft Beer Weekend. On the flight over we talked about how were expecting to just drink oily, velvety, liquid goodness and huddle for warmth. Or so we thought…

Upon arriving in Tallinn we were greeted with a rare window in the season when the sun hardly sleeps. Long nights make way for long sunny days. Glasses of rich Baltic Porters were going to be  temporarily swapped for clean crisp lagers and fresh hoppy pale ales in the Estonian sun – with a few imperial stouts for the table (we did say it would be temporary...) 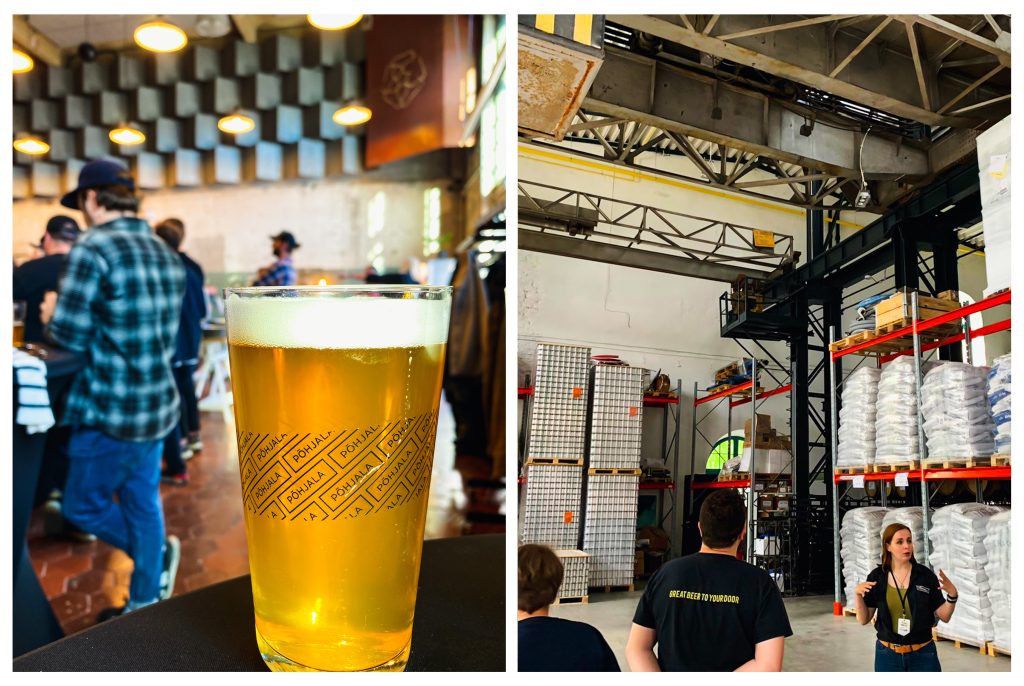 We headed over to the historical shipyard area of Noblessner, located by the sea in North Tallinn. It’s this grand location that Põhjala calls home. Once the major submarine shipyard of Imperial Russia, it has now turned into a picturesque seafront quarter that is open to the people and to the sea.

Located in the heart of this area, Põhjala’s brewery and taproom features the freshest IPAs, richest barrel-aged Imperial Stouts, and selected guest beer across 24 taps. We were greeted by the friendly team at Põhjala and after a tour of their amazing Brewhouse and Cellar Series barrel project, we enjoyed some of their famous food which is centred on incredible Texas BBQ, which is smoked in-house. 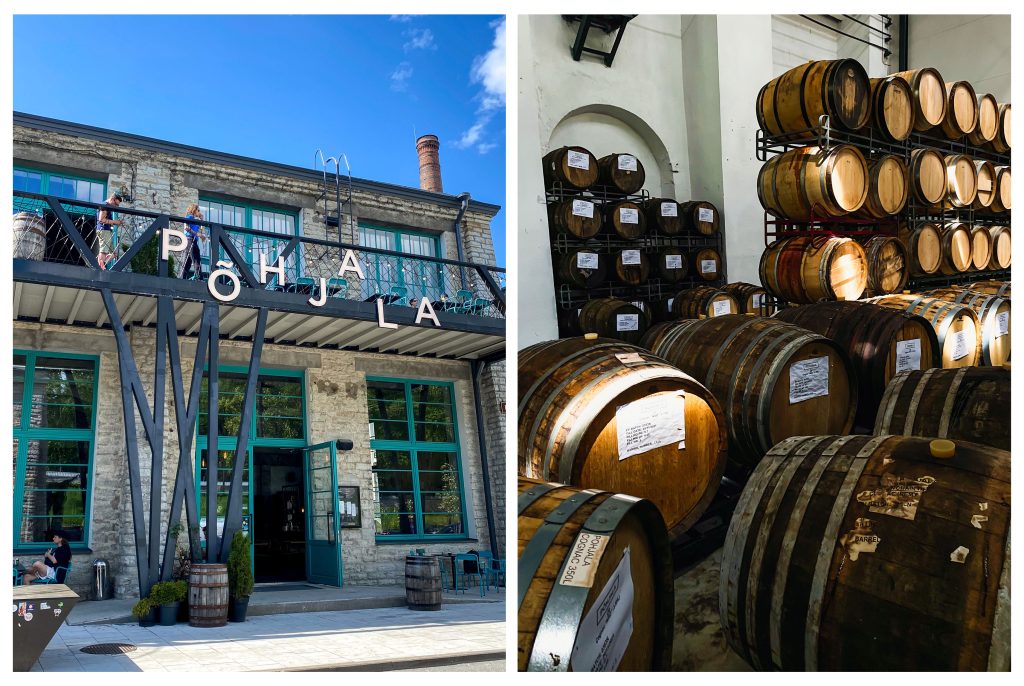 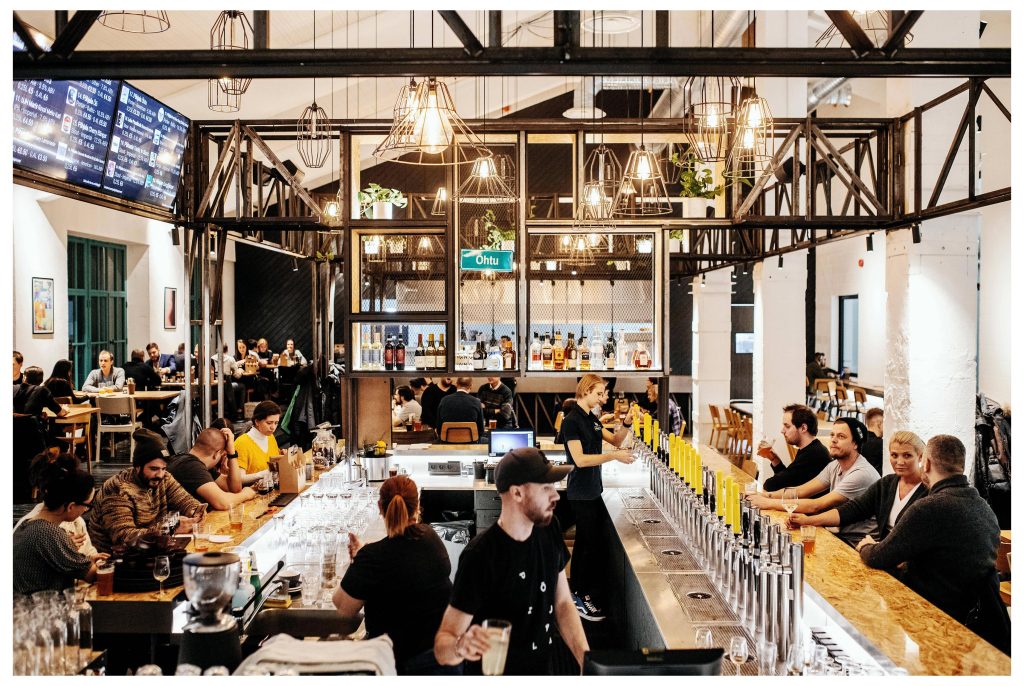 The core range makes up about 70% of Põhjala’s production volume, but it’s the beers that stem from the Forest and Cellar Series that most hold as a reference point for the brewery’s output. They are the kind of beers that allow the brewery to explore and reconnect with what Estonia was, is, and can be.

It’s this kind of variety in their own range which makes their annual beer festival so good. Tallinn Craft Beer Weekend (TCBW) is the first and largest International craft beer festival in the Baltic region. Hosted in an old power station turned culture hub, Kultuurikatel, it is one of the most impressive venues we’ve ever seen. 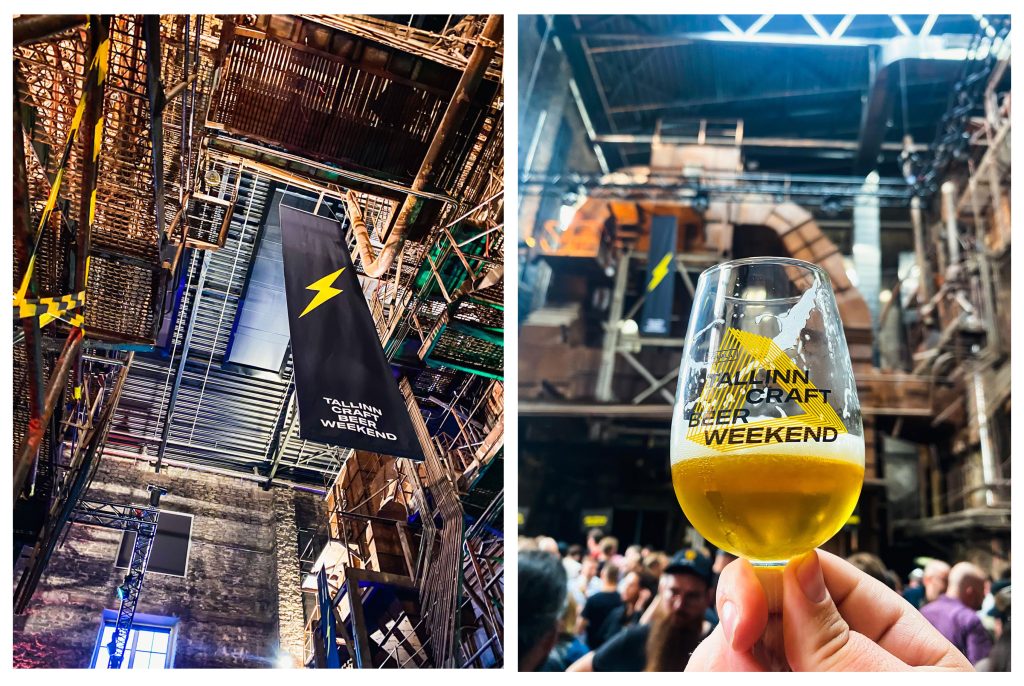 Hundreds of beers; one glass. It’s a saying and an ethos that brings a freedom to ‘all in’ festivals. This is good to keep in mind as it’s a festival for beer lovers – people who are looking for an experience. From Lervig to Beak, Finback to Puhaste. The range of guest breweries present this year spanned local Estonian, European and even a few from the US for good measure.

The festival inspires all those pouring to showcase their craziest beers and ones that you’d rarely see available on a regular basis. Whether it be a Nordic Beetroot, Blood Orange and Passionfruit Gose, or even a Triple Freeze Distilled Rum BA Barleywine coming out at 20% ABV, this beer festival has it all. 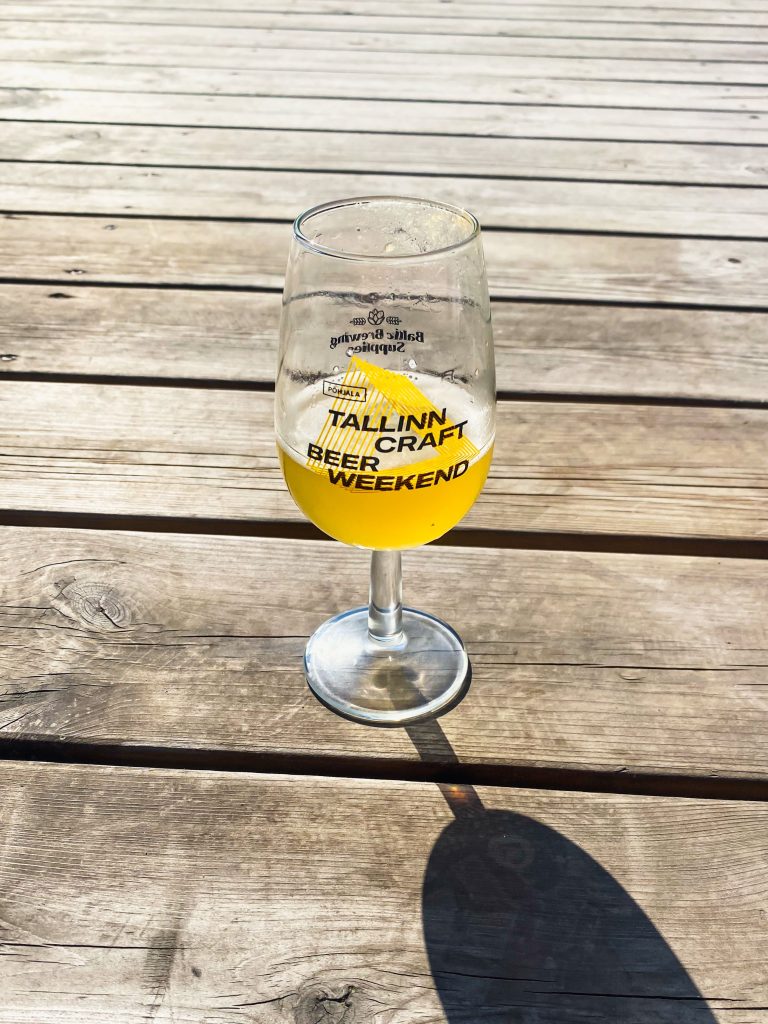 TCBW is already making an impact nationally, but as the incredibly organised event comes and goes for another year, the lasting testament aims to bring a new level of play-fullness, and nerdery to the craft beer festival scene.

After a few days, lots of amazing beer and several trips to the famed Sauna (95 degrees really helps you sweat out any chance of a hangover) we revelled in the delight of the experience given to us by our friends at Põhjala. We’ll be back for more, that’s for sure.