Westmalle Abbey - a sanctuary of peace and beer 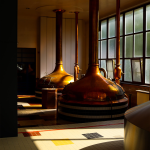 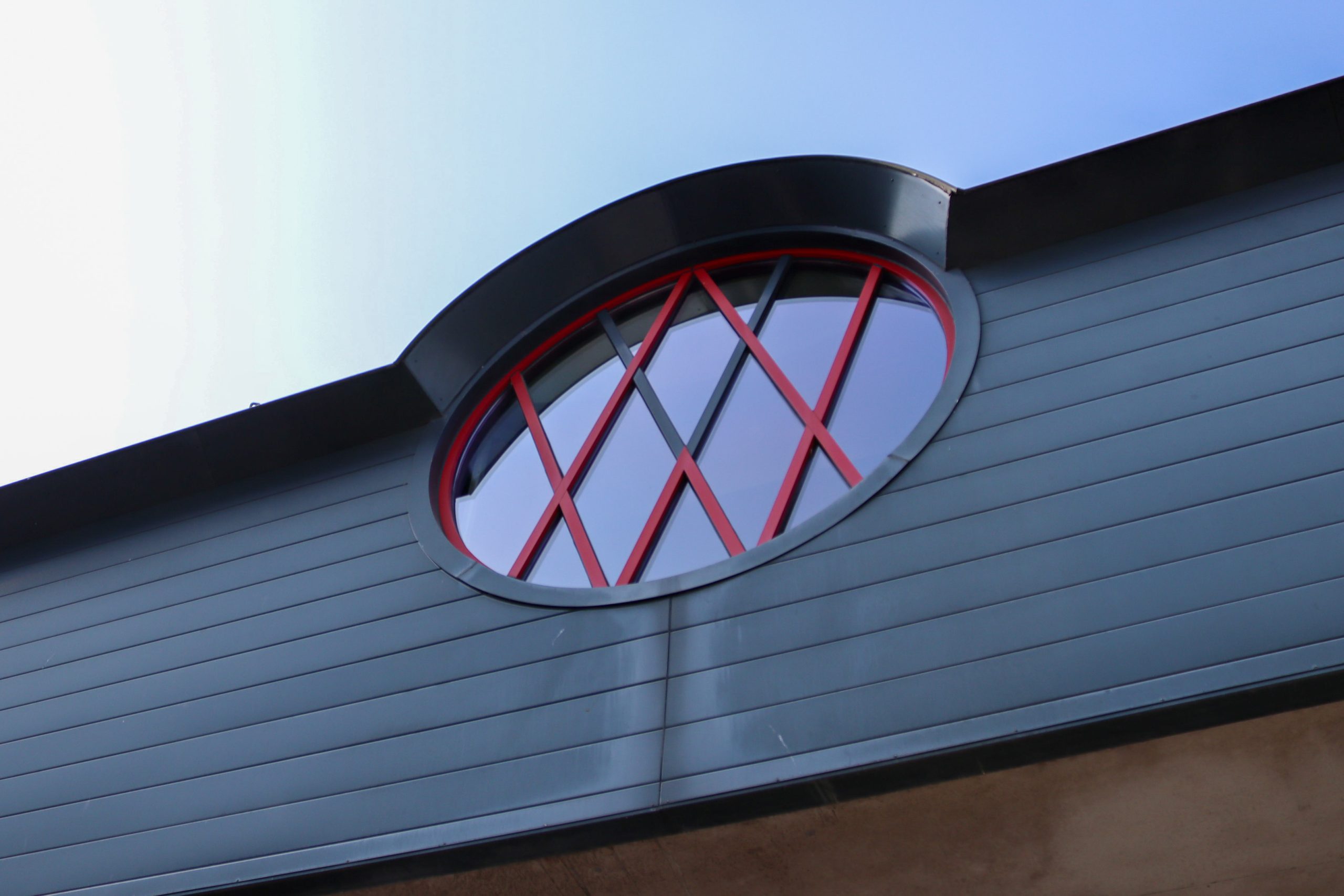 Not many people get to go inside Westmalle Abbey and brewery, and even fewer are allowed to take photos. On our recent trip to Belgium for Belgium Beer Week, we met up with our friends at Westmalle for a fascinating insight into how the monks live and how they brew their remarkable Trappist beers.

Inside and out, Westmalle Abbey is an undisturbed sanctuary of peace. The monks of Westmalle spend much of their day in quiet contemplation within the abbey. Leading a life of seclusion focused on silence and solemnity. The monks follow the simple edict of St Benedict: ora et labora -- pray and work. This also states that manual labour has a ‘spiritual value’ and imposes specific conditions for doing business; so manual labour makes a huge contribution to the overall well-being and development of each monk within the walls. 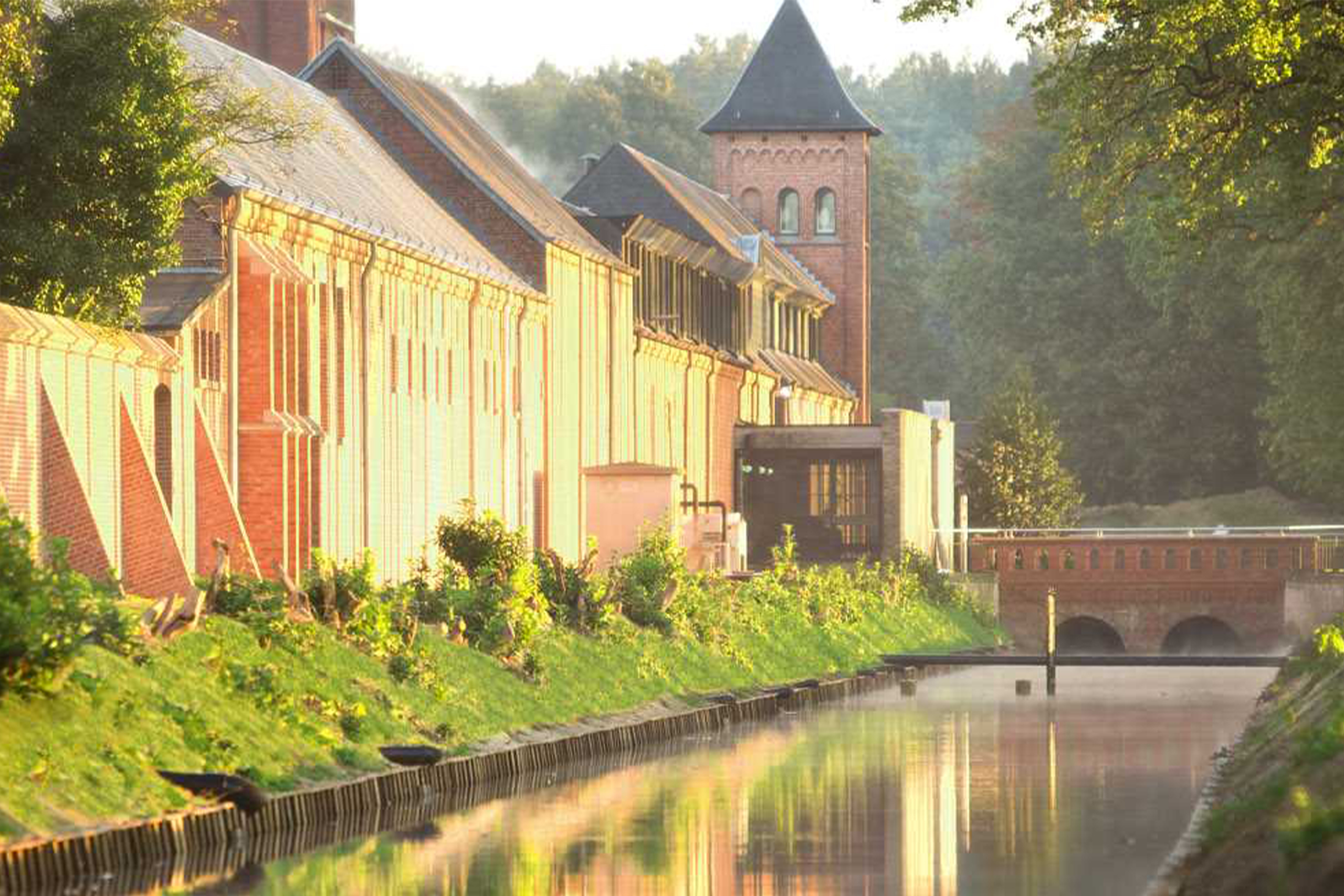 To keep busy, there’s a small artisan bakery which supplies bread for the monks, workers and local shops. There is a herd of dairy cows, whose milk is used in the on-site creamery to make sweet, nutty cheese. There’s even a coop of (very) free-range chickens, a flock of sheep and a sounder of pigs. As you walk around the exceptionally well-kept gardens and state-of-the-art agricultural farmland which occupy the grounds, the Abbey, Brewery, and Creamery buildings all blend into an esteemed, impressive structure.

There are subtle earthy, wooden sections which hint at the heritage that has come before, but the architecture around Westmalle is built on sharp, geometric lines. The red brick buildings surround you, and despite being built over 300 years, the buildings reflect different architectural trends over the period. But, unsurprisingly, within the beautiful red brick abbey walls over 130,000 hectolitres of Trappist beer are produced every year. 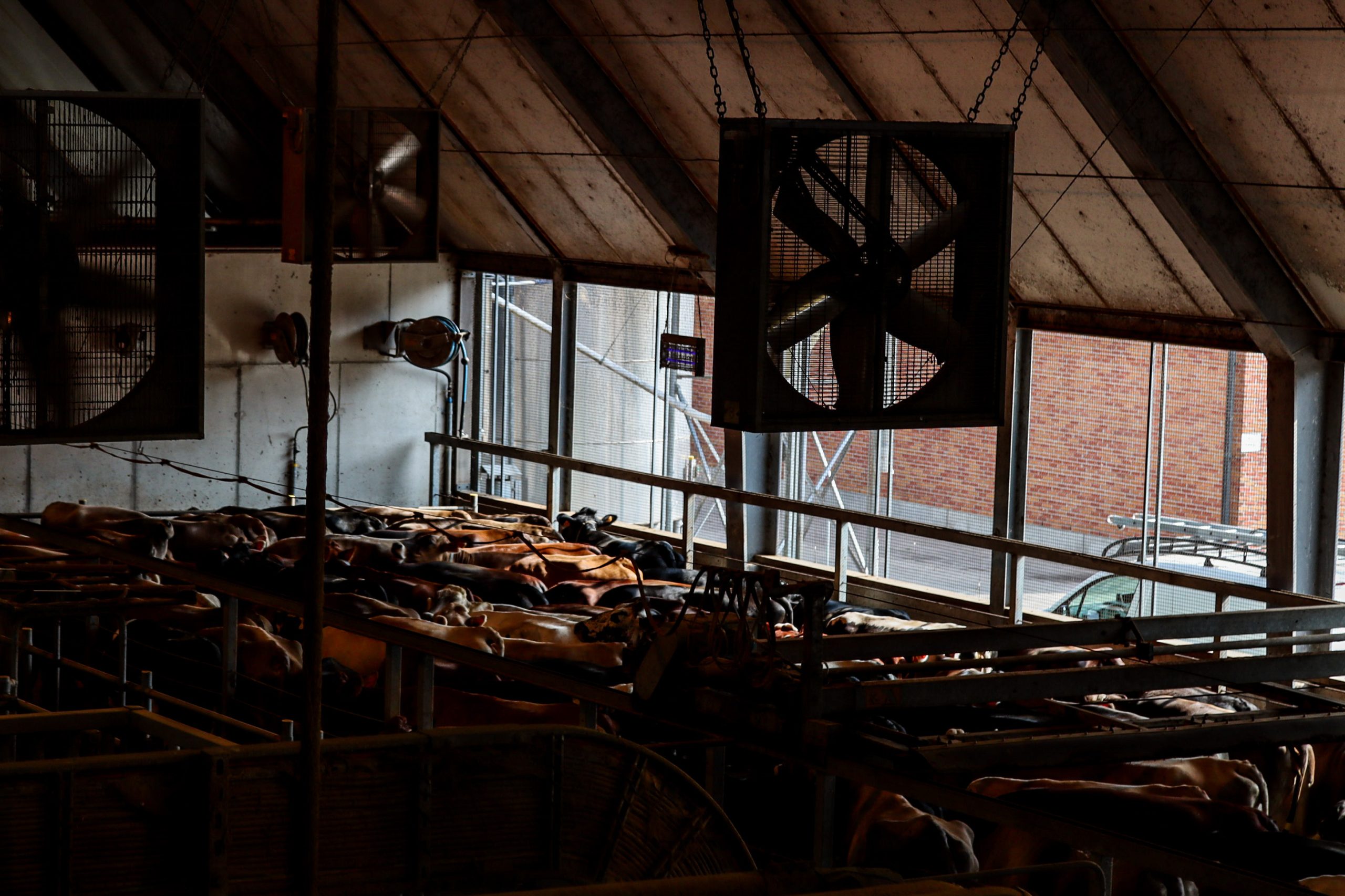 The herd of dairy cows

The Trappist beers produced by the Abbey of Westmalle are famous all over the world and have rarely changed from the original recipes and historic brewing tradition that has lasted for over two centuries. Whilst they produce just three beers, each one of them is revered by every Belgian beer lover.

The Westmalle Tripel is widely recognised as one of the best beers in the world with its unique yeasty aroma and insane depth of flavour. Their Dubbel is almost as loved; a deep amber beer with lots of caramel, raisin and almost rum-like flavours.

Finally, Extra, whilst only being released commercially to the public a few years ago, is one of the oldest Westmalle beers. This golden blond Trappist beer, which was usually only available for the monks, has a very refreshing and thirst-quenching character with fruity notes and rich aromas. 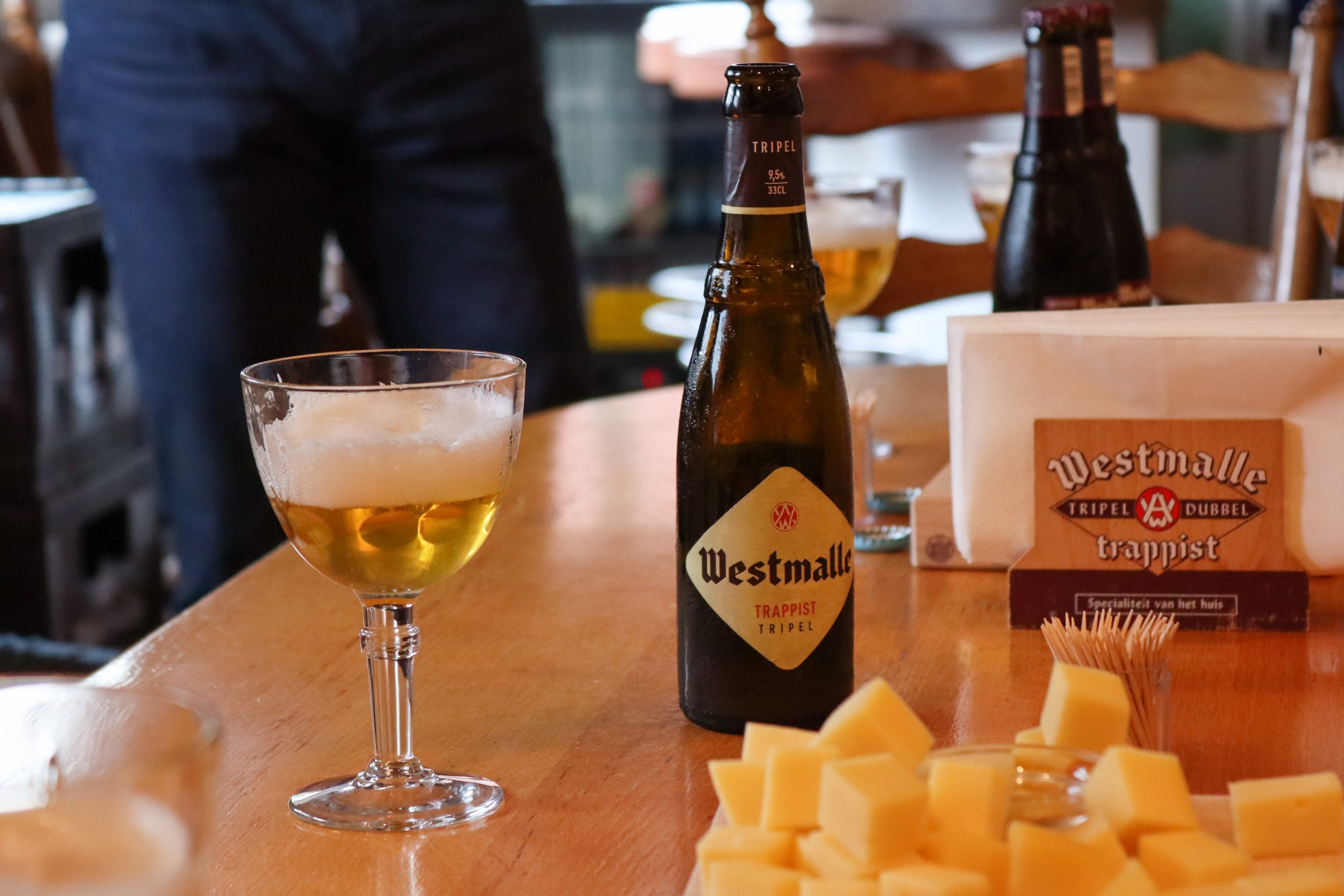 Westmalle Tripel with a portion of delicious Westmalle cheese

The brewery has used the purest ingredients for over 200 years. The water comes from a deep well within the Abbey walls and is considered hard water. Whilst the water is treated before being used, the brewery focuses on being sustainable and eco-friendly, so a waste treatment plant was installed in the 1960s to ensure that water was returned to the environment in a clean state.

While many modern breweries, including some Trappists, now use liquid or pellet hop extracts, Westmalle are true to tradition by only using whole cone hops. The use of which Nobel hops is a guarded secret, but the blend they use gives a perfect balance between bitterness, fruitiness and hoppy flavours they need.

The yeast used at Westmalle is cultured by the brewery and is one of the most important parts of the process. This legendary yeast imparts the distinctive spicy, earthy and floral aromas found in all their beers. Not only that, Westmalle distributes their strain to both Achel and Westvleteren. Whilst different beers, they all have recognisable traits which hint at the heritage of the yeast used. Finally, the sugar used for brewing is Belgian Candi sugar, which is fully fermentable and gives the beer a lighter body than expected, thus providing a smooth balance to the beer. This is how these traditional beers are brewed, in defiance of any trends.

The dedication to tradition is not overstated, the monks are keen to use new technology if this benefits the quality of their beer. Each investment is made to achieve higher quality, and over the last few decades, they have invested with this guiding principle.

With the modern bottling hall, it reminds you that you are still within the grounds of the Abbey, as you look up you see panels hanging from the ceiling to deflect and retain noise. The bottled beer is then sent down to an underground cellar, again designed to minimise sound.

An investment for a new brew kit a few years ago gives the brewery a high degree of automation, paired with a high-tech bottling line showcases that this is in fact a thoroughly modern brewery, producing the same highly consistent beers day in, and day out. One might think the reasoning is for commercial gain, but the true reason is more profound. It is used simply to ensure the staff working on it can get home to their families a little earlier. 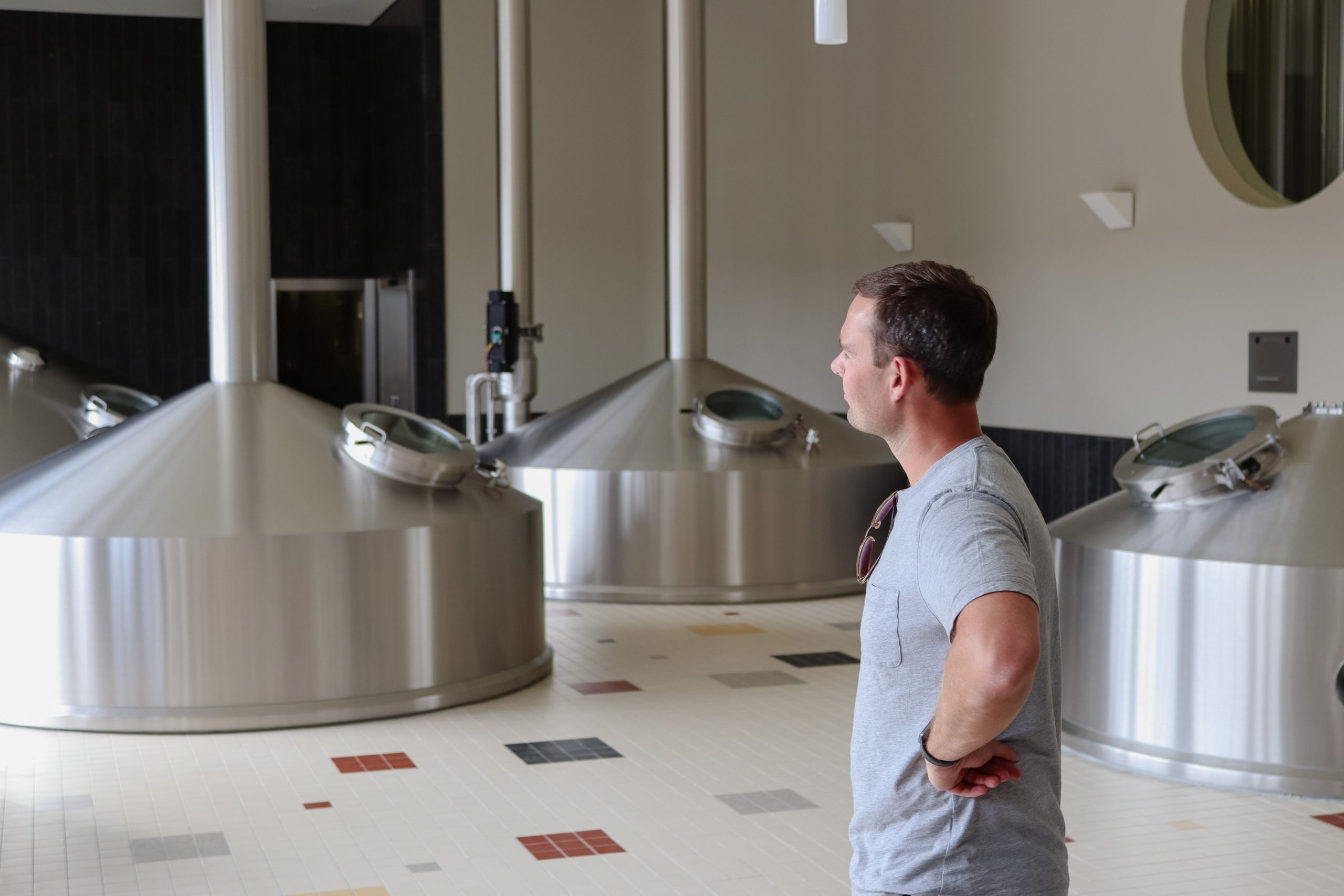 Whilst the monks are no longer involved in the daily activities of the brewery, the brewery is still tightly bound to the abbey. An experienced team run the brewery day-to-day under the monk’s continued governance, and the overarching philosophy behind every decision at Westmalle comes from the monks. They oversee the brewing process to guarantee the quality of the beer and are an integral part of its business while remaining true to the tradition of monastic life.

At Westmalle, they use brewing as a service to the community rather than just a purely economic activity, and trading is deliberately carried out on a small scale. The revenues from the brewery fund the lives of the monks. The rest of the proceeds go towards brewing technology, some to the upkeep of the Abbey, the well-being of the employees and even to support other Trappist communities. It’s in this spirit Westmalle has created a recognised community based on faith and beer. 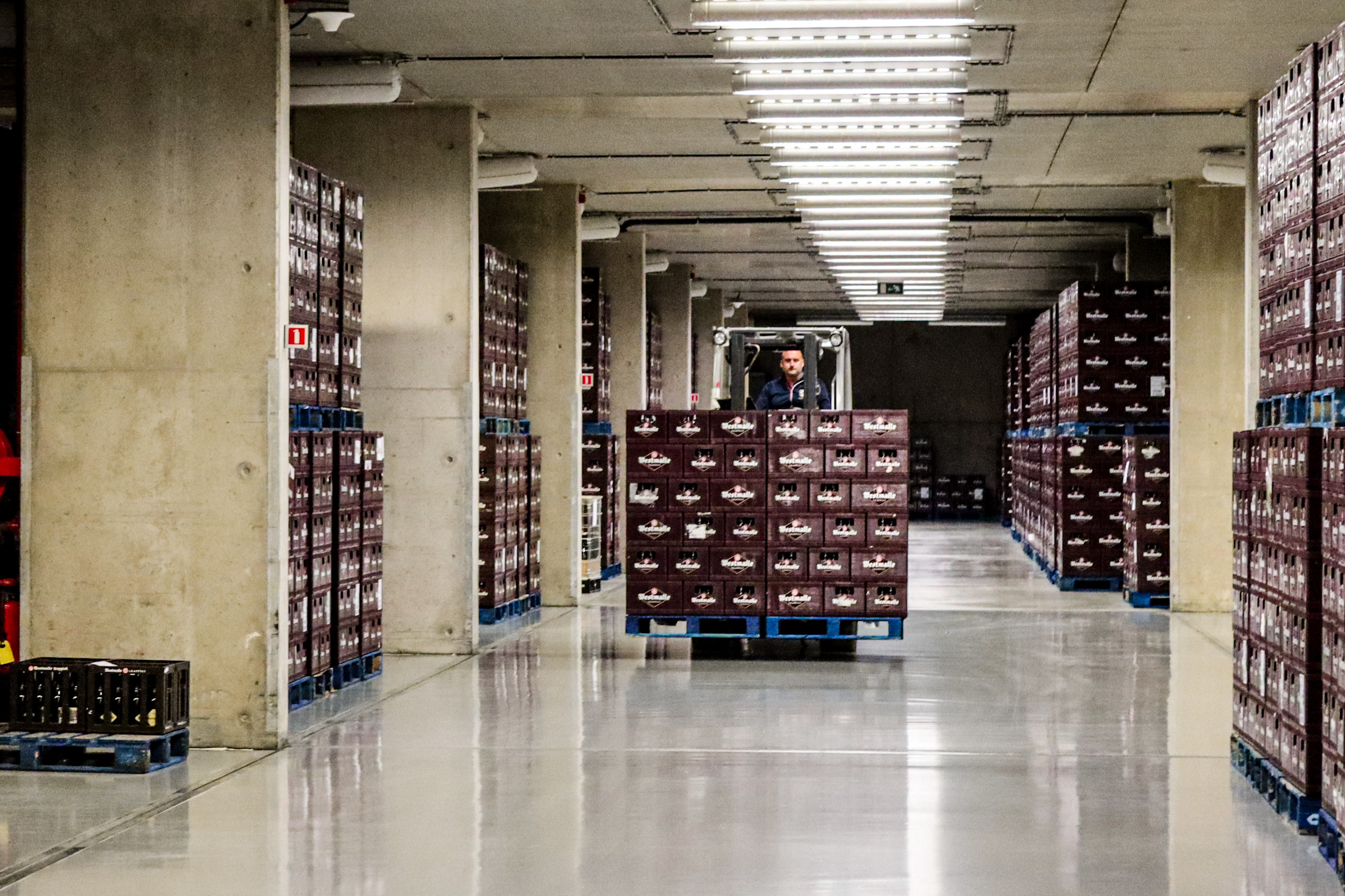