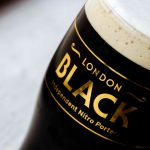 Well, well, well. What do we have here?!

London Black is a creamy, smooth and truly sessionable Porter that takes inspiration from Anspach & Hobday's flagship beer, The Porter. This is another independent alternative to Big Beer Macro-Stouts. Despite its modest ABV it has got bags of flavour. It's rich, complex and satisfying, and the smooth, silky texture resulting from the use of nitrogen makes it incredibly drinkable.

The resulting creaminess and smooth mouth feel balanced perfectly with the subtle roasted notes of coffee and chocolate. The beer brings together the rich history and heritage of London Porters, with the modern techniques of brewing nitro beers. The result is a beer that is easy drinking, without sacrificing its character.

"Despite the meteoric rise of craft beers, there is one style still absolutely dominated by a single macrobrewery brand. That is the Nitro-Stout otherwise known as Guinness, a Diageo omnipresent mega brand. That multinational giant is rightly Dublin’s through and through. We may be small and independent but London Black is our local answer.

Largely because of the dominance of Guinness, a dry-stout, Porters are a lesser known style of dark beer. The reality is that Porters are the beautiful original dark beers of London. As with anything at Anspach & Hobday, we make traditional beers modern. It is incredibly satisfying to be able to enjoy a sessionable smooth dark beer that has real flavour and is made where it will be enjoyed: London." - Jack Hobday, Co-Founder & Chairman 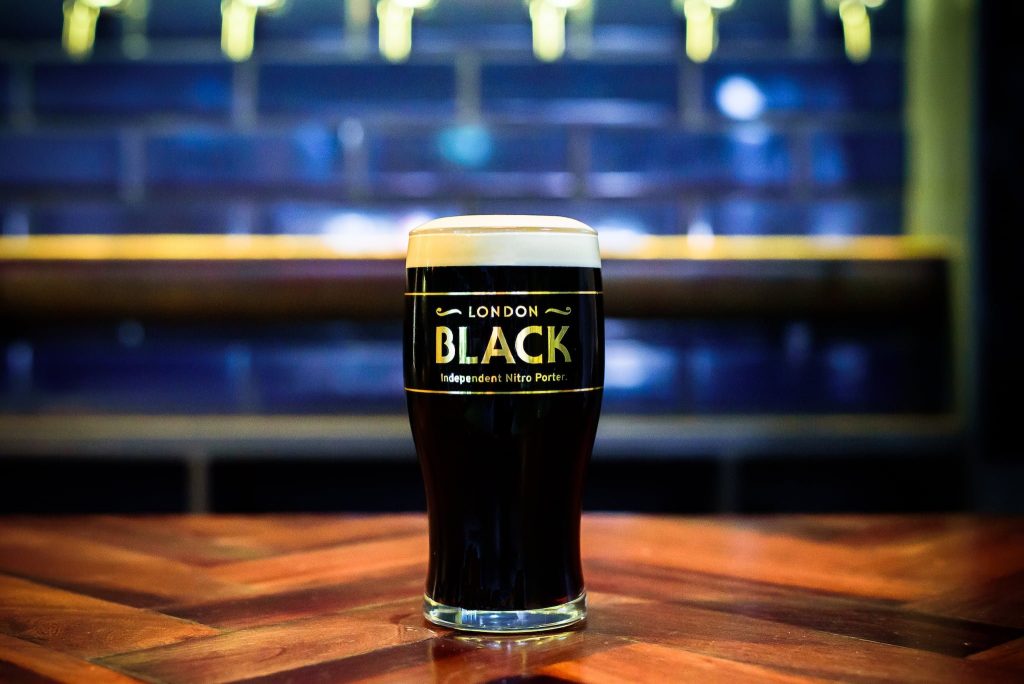 "As brewers with a strong pedigree in Porter and Stout production, the idea of introducing a nitro-beer into our range is a natural one, and has been something we have discussed for many years. After a year of settling into our new home at Croydon against the backdrop of the pandemic, we finally felt like it was the right time to scratch the itch and begin the development of our first Nitro beer.

Nitro is significantly less soluble in beer than CO2. It has a much greater propensity to break out of solution, and when it does it produces incredibly small bubbles. This is what gives nitro beers their instantly recognisable tight, creamy head, along with their smooth, silky mouthfeel. This smoothness pairs perfectly with the roastiness of Stouts and Porters, softening any edges the darker malts might bring and making the resulting beer incredibly drinkable.

The London Black very much has its foundations in our flagship beer, The Porter, with a few tweaks made to the grain bill to accommodate the lower ABV. As brewers, we couldn’t be happier with how the beer has turned out. Despite its modest ABV, it's got bags of flavour. It's rich, complex and satisfying, and the smooth, silky texture resulting from the use of nitrogen makes it incredibly drinkable." - Paul Anspach, Co-Founder & Head of Production