The History of Christmas Beer 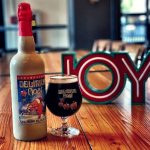 It's Christmas Day, you're sat at the dinner table surrounded by food and you take a moment before tucking in to decide what drink should accompany the feast. A quick look around the table, your Mum and Aunty Doris are on the Bucksfizz and have been since 9:30am, “because its Chrrrrristmas!”. Your Dad, Uncle Bob & your brother are all downing the mulled cider they bought in a four-litre jug and your sister and her new boyfriend (who your not so sure of just yet) are cracking open the red wine. All drinks now most associated with Christmas but where is the beer?

Don't worry, this is a dream, not a nightmare, and just by the Christmas tree is a box full of goodies, from De Ranke Pere Noel and St Bernadus Noel to Tiny Rebel’s Sleigh Puft Terry’s and Cloudwater’s Happy Christmas. I think we all know who the winner is at that table!

When I say the words Christmas Beer it invokes richness, darkness, spice, malt and of course strength, but where does the tradition for these beers come from? 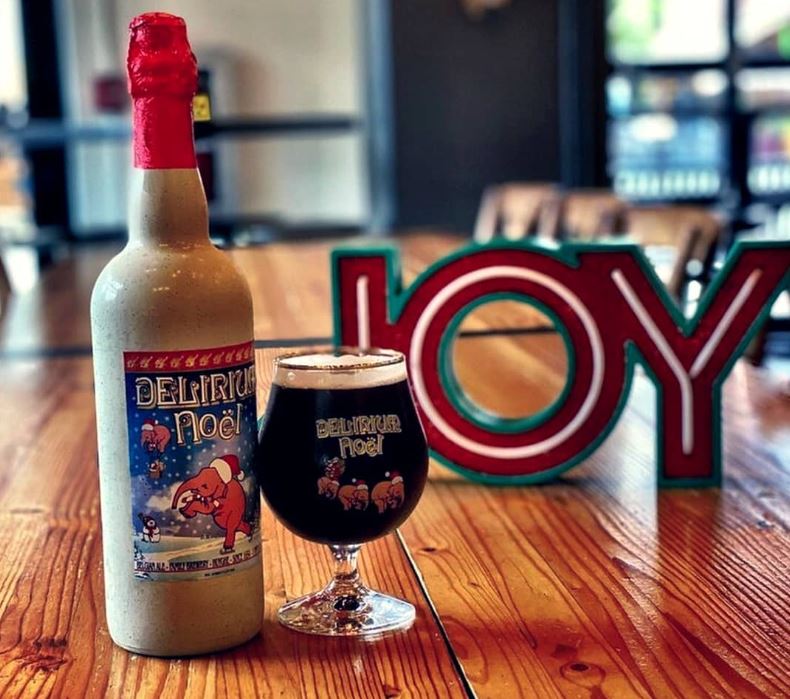 We can assume that these darker beers were being created as far back as the druids to keep them warm throughout the winter solstice but when we really start to get traditions is when the Roman pagans start to celebrate Saturnalia. Saturn was the god of agriculture and was honoured through many traditions we still hold today – wreaths, candles, gifts and huge feasts with lots of beer. Described by Roman poet Catallus as “the best of days” many a Christmas beer has been named after this occasion.

Many different cultures would have all had their own versions of these dark beers but they really start coming into the general consciousness when they became associated with religious festivals. Around 920AD King Haakon of Norway began instilling the Christian faith to his people and even made it law to create a beer for Christmas.

Farms would have had a Bryggehus (Brewhouse) attached so this is not some moonshine in a bath scenario. If a beer was not brewed, people were punished with a fine. If you didn’t brew three years in a row you could lose everything you own! This is as serious as you can get about Christmas brewing!

These were then implemented in The Gulating Laws during the 13th Century.

“Yet another beer brew we are required to make, man and wife from equal amounts of malts, and to bless it Christmas night in thanks to Christ and St Mary, for a good year and peace.

If this is not done, three mark must be paid to the bishop. But if someone sits three winters without doing so, or cannot pay the fees…then he has forfeited every penny of his worth.”

Over the following centuries, the Christian faith took a lot from those original festivals in order to recruit people, and what better way to pique someone’s interest than one indulgent party, ladened with strong beer? It, therefore, ended up being brewed in the monasteries of Europe.

The Belgian monks were already making big business from brewing at this point but they were only creating beer for the every day, meaning relatively low abv and flavour. British beer was becoming more and more popular and the Belgians started importing from our isles but in particular Scotland. The Scotch ales were darker in colour, fuller in flavour and stronger in ABV. These were then repackaged as Christmas Scotch Ales and with time the Belgians started creating their own versions, and the big, dark, strong Christmas beer we know today, was born. 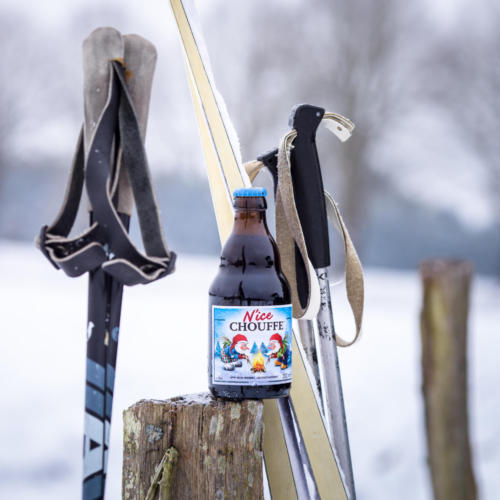 The Christmas beers category isn’t restricted in the same way as many other styles are. They can be whatever Christmas means to the breweries, without sounding too much like a Hallmark film!

In the 17th century, we have evidence of Christmas Beer in an English broadside ballad celebrating the return of Christmas and the restoration of the monarchy, The Merry Boys of Christmas or The Milk-Maids New Year-s Gift. My favourite section:

“Then here’s a health to Charles our King, throughout the world admir’d,

Let us his great applauses sing, that we so much desir’d,

And wish’t amongst us for to reign when Oliver rul’d here,

Even Stella Artois (yes I am mentioning Stella Artois, you read that right) debuted as a Christmas beer in 1926. The word “Stella,” Latin for star, was intended to commemorate the Christmas star. As mentioned before Stella was not at all the style we have come to know as ‘Christmas Ale’ instead it was a lager. It was so popular they continued to make the beer after Christmas and it became Stella Artois and was subsequently exported all over the world.

Beer is so synonymous with Christmas that in 1944 beer was sent to the front lines with the instructions: “Xmas allowance as from 15th Dec…2 large bottles per head, units drawn on a usual day.”

In 1975 Christmas Beer appeared in the American markets after it had been lost through 13 years of prohibition. Fritz Maytag, known as the Godfather of Craft Beer, bought a 51% share in Anchor Brewing in San Francisco in 1965 and 10 years later they produced their Christmas Ale, a spiced brown ale. Every year this brew is unique and is held in high esteem throughout the US.

So when you crack open a Delirium Noel, or a Lervig Jule Bock this Christmas I hope you celebrate like the pagans, fine anyone who touches your stash and maybe even try singing The Merry Boys of Christmas.

We wish you all a very merry Christmas and a happy new year! 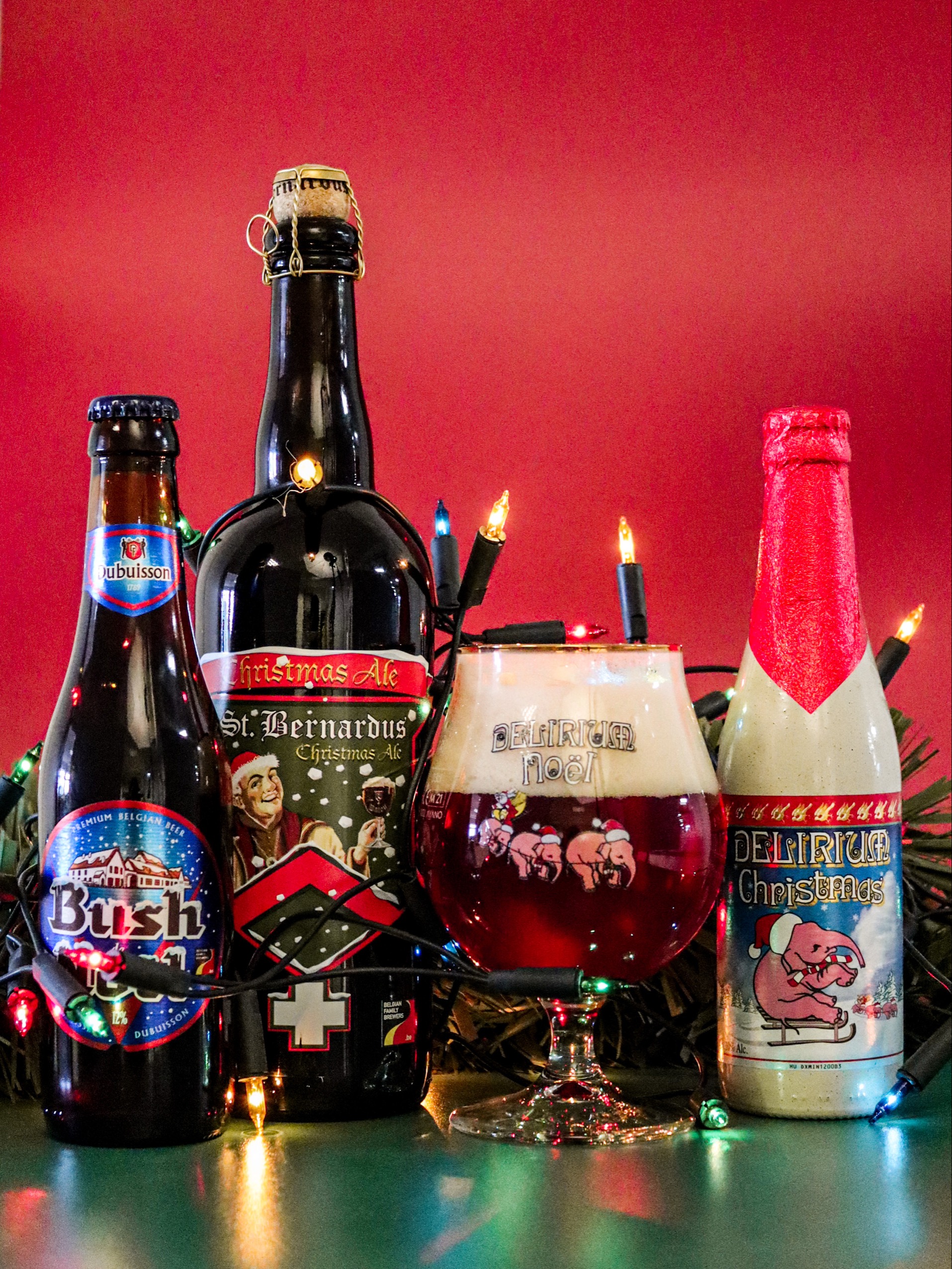