Low & No for January 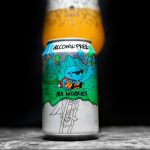 With Christmas imminent, I suspect a few of you, like myself, will be spending it driving our families around, which means a limited amount of time for getting into the holiday spirit(s). Sadly when heading into bars over the holiday period and asking about their Alcohol-free range I will probably be greeted with the same 2-3 disappointing options in a green bottle.

But it doesn’t have to be this way!

With January only a few weeks away as well, I wanted to highlight to you, some of the great ‘Low & No’ beers in our portfolio. Despite all tasting incredible, these beers don’t get the attention they deserve, and I hope after reading this you will agree that stocking some of these could really help sales through what is usually the quietest month of the year.

First up, No worries! Lervig knew they were onto a winner with this one when they released the first batch back in 2019, and since then they have released six different versions of this alcohol-free thirst quencher. These really prove that Low Alcohol doesn’t have to mean low in flavour. The OG No Worries packs a real hoppy punch, though my personal favourite is the No Worries Grapefruit as I think the tang really cuts through and makes for something you can sink can after can.

Looking a little closer to home, we have two Pious sounding beers - Holy Faith, Northern Monk’s first foray into AF beers, it’s Hazy, it’s got mango, it’s got citrus and it’s delicious! Look out for other members of the ‘Holy’ range this month too.

Looking for a Lager instead though? Lucky Saint is my personal recommendation, brewed to Bavarian specifications and tastes just as good as any German Lager! What else links these two beers beyond their Ecclesiastical Nomenclature (you might still be able to say that even after a whole case of these beers)? Well excitingly both beers are also available in 30L kegs throughout January! It would be wrong of me to talk about AF products without mentioning Paulaner Hefe-weisse AF as it is one of our biggest sellers year round and with good reason. It packs the same full Weissbier flavour as it’s big brother but without the alcohol (or calories apparently if that’s important to you).

But that isn’t the only AF German beer we stock! We’ve Schneider Tap 3 Weiss & Rothaus Hefe-weisse in Alcohol-free versions and currently, both are delicious. I have been reaching for the Rothaus Tannenzapfle Pils AF lately though, as my German beer of choice because it’s piney bitter flavour really shines through even without the alcohol.

Now you have that lot lining your fridges and taps you should be all set for January, but maybe you’ve still got a little room? It’s also Tryanuary after all so why not convince your customers to try a Radler or two? The combination of Beer and lemonade has been a winner for decades, maybe centuries? These are a great alternative to full-strength beer and they don’t come better than Paulaner Radler, though if you want to try something new yourself this month, we’ve also gone and got Rothaus Radler & Flotzinger Radler as well, stocks of these are limited so get them quick!