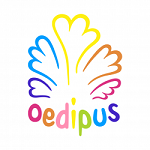 The Oedipus story, strangely enough, began by drinking beer: drinking lots of different beers from breweries around the world. Oedipus Brewing actually traces its origins to when founders Alex, Paul, Sander and Rick worked in other renowned beer bars. From these humble origins we present to you the story of their unfolding, and at times meandering, growth and development. In the BeerTemple, they discovered an array of flavors that they were not used to drinking in the Netherlands. Although they attended many Dutch beer events, sipping their way through festivals abroad really helped to open their eyes, imaginations and taste buds to new possibilities. The guys were amazed to see young people – men and women alike – enjoying craft beers. Their own love of beer, and exposure to a variety of alternative taste sensations, motivated them to become part of a beer community where like-minded people enjoy the beauty and diversity of this drink. From then on their mission became clear: transform the Dutch beer landscape by making quality beer available and appealing to everyone.
View as Grid List
Set Descending Direction
View as Grid List
Set Descending Direction